welcome to The Sanctuary

The Sanctuary is a conservation protected area incorporating both land and sea, situated on and around the San Sebastian peninsula along the Indian Ocean coastline of Mozambique.

about
a birds perspective

The Sanctuary is home to an extraordinary variety of bird species, both permanent and migratory.

a bird’s perspective
Properties for Sale

A number of developed homes and undeveloped sites for sale

Both deep sea and seawater fly-fishing opportunities, reputed to be amongst the best along the East Coast of Africa, abound in the waters off The Sanctuary

welcome
to The Sanctuary

In an increasingly noisy and polluted world it is virtually impossible nowadays to find a wilderness area that is easily accessible, climate friendly and touched with the utmost sensitivity by man only for the gentle pursuits of conserving and preserving that natural masterpiece and its inhabitants.

The Sanctuary is just such a place.

A mere 2 hours by air and sea from the urban jungle of Johannesburg, The Sanctuary sits peacefully at the tip of the San Sebastian Peninsula on the Indian Ocean coast of Mozambique. A product of the pioneering vision of the Mozambique government and a group of founding investors, The Sanctuary was established in 2000. Since then The Sanctuary has gained widespread respect in conservation and ecotourism circles as a leading example of the ideal cooperative alliance between government, private investors and local communities.

The Sanctuary is defined by its incorporation of both marine and terrestrial reserves into its 30,000 hectare space. The reserve features a rich mosaic of wetlands, mangrove swamps, coral reefs, small islands, tidal mud flats, salt marshes, fresh water lakes, estuaries, and tree and shrub forests alongside coastal dunes, tree savannah and Miombo woodlands.

In addition to the different habitats, The Sanctuary hosts 298 species of birds, provides safe breeding grounds for 5 marine turtle species and marine protected areas for the critically endangered Dugong and other marine life. The Sanctuary also boasts growing populations of large mammals including eland, blue wildebeest, zebra, giraffe and sable.

It is an area where some of the richest biodiversity in Mozambique is found and ranks amongst the top biodiversity “hotspots” in Africa.

Welcome to The Sanctuary. You will find true sanctuary here. 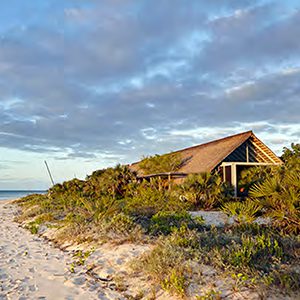 Only 54 private homes can be built The Sanctuary. 17 homes have been built to date.
read more
holiday homes 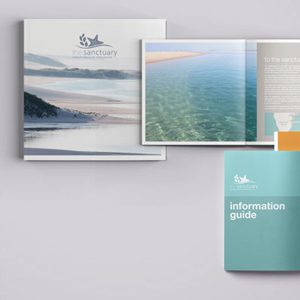 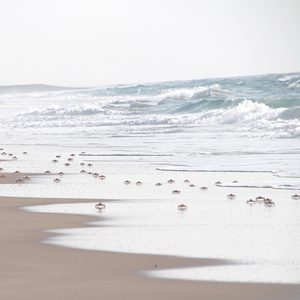 The tidal range on The Sanctuary exceeds 4 meters over Spring tide creating an extensive area that is inundated and then dried twice every 24 hours.
read more
tide table 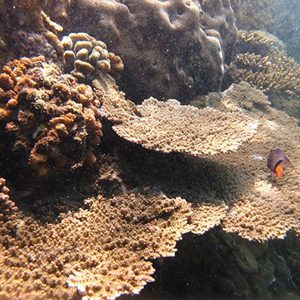 Conservation is The Sanctuary’s first and foremost priority along with community upliftment and ecotourism.
read more
conservation 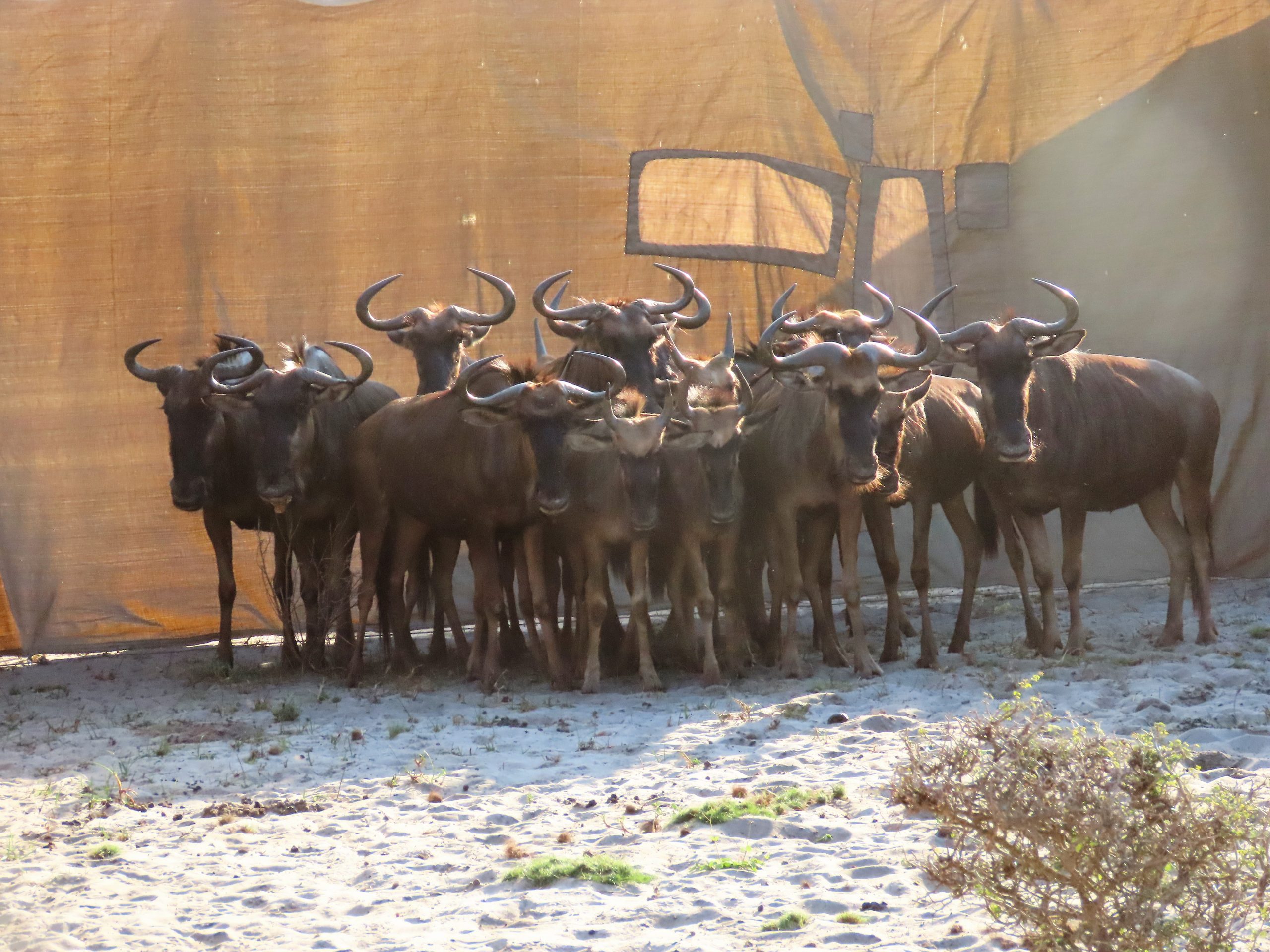 game capture milestone for the sanctuary

In September 2022, the Sanctuary achieved a significant milestone, with its first game capture and relocation operation since large herbivores were reintroduced to the protected area eleven years ago. [...]
read more 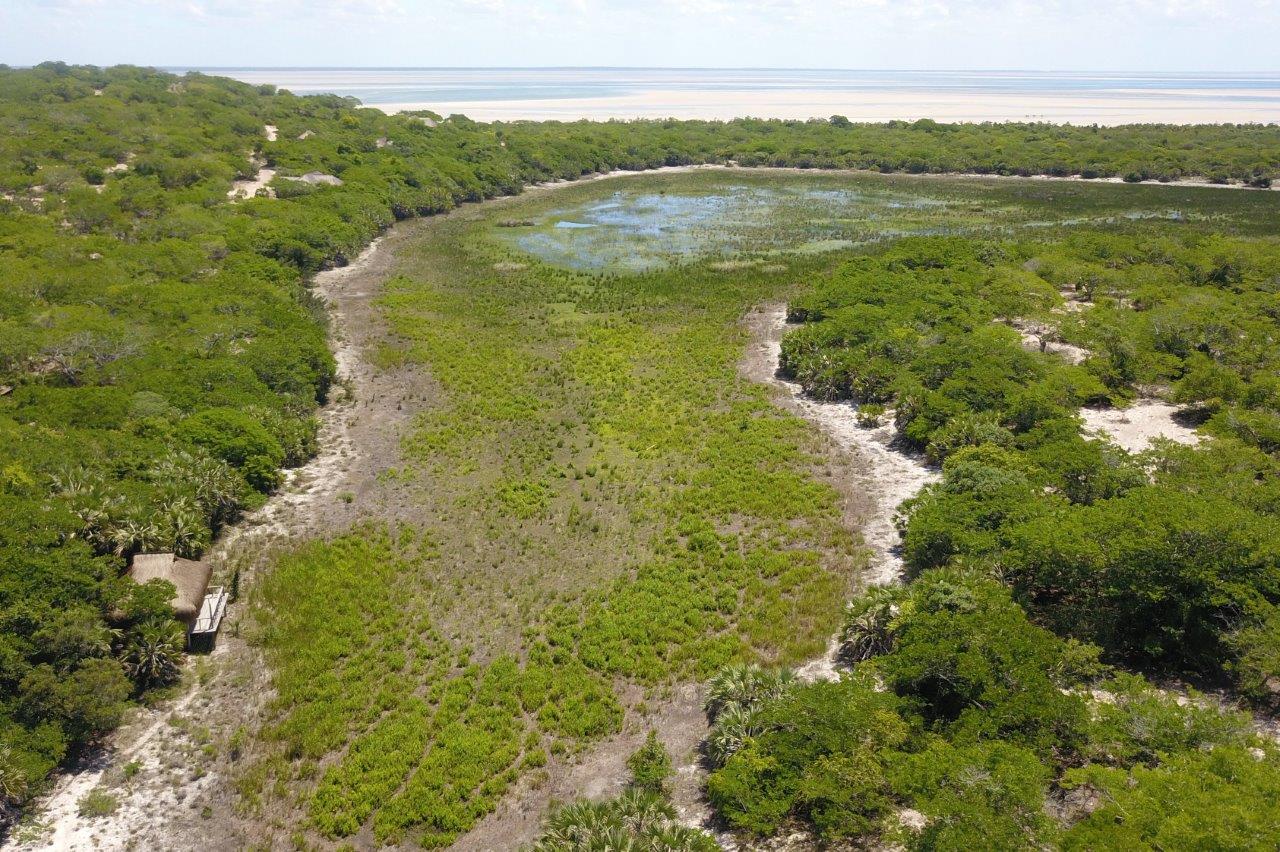 Despite but perhaps also because of the circumstances of 2020, the Sanctuary was able to proceed with the construction of the Jacana Camp, a multipurpose facility designed primarily to accommodate vis [...]
read more
We may use cookies to give you the best online experience. By continuing to use our website without adjusting your browser settings, you agree to use “Cookies”. For more information, view our Cookie Policy and Privacy Statement.
Reject AllAccept All
Manage consent