Excited comments and feedback by visiting scientists on their findings and on the importance of seagrass beds inside the new MPA.

The Mazarette seagrass bed that now lies within the border in the new Marine Protected Area is an interesting and diverse place. Fish and invertebrates alike thrive here. There is an abundance of invertebrates such as razor clams, sea anemones, seastars, sea urchins, and sea cucumbers. The empty shells of the razor clam create good hiding spots for small and juvenile fish. The anemones sometimes harbour colourful shrimp – the Glass Anemone Shrimp (Periclimenes brevicarpalis).

In addition to these resident species, the seagrass beds also provide important habitat for mobile species. In March 2017, a spawning aggregation of cuttlefish was also observed in the newly protected area of the Mazarette seagrass bed. A group of more than 20 individuals were mating and attaching their eggs to the seagrass.

Fish abundance in the Mazarette seagrass bed was slightly higher in 2017 than in 2016 (27.1 vs. 22.9 ind per 100m2, respectively). It is hard to say at this stage if this is due to natural variation or the protection status, but it is potentially an indication of effectiveness of the protected area. Of particular interest, several species that are targeted in the local fishery displayed higher abundances in 2017 than in 2016, among them the Seagrass parrotfish (Leptoscarus vaigiensis) which is one of few fish species of the area known to graze on seagrass leaves. Continued monitoring in the coming years is necessary in order to better evaluate and interpret abundance patterns.

We believe that the Mazarette seagrass bed is a productive area, sustaining diverse fish and invertebrate assemblages. Protection of this area is a valuable step towards conserving the marine biodiversity of the area, and could potentially help to support fish populations for subsistence fishing in surrounding areas. 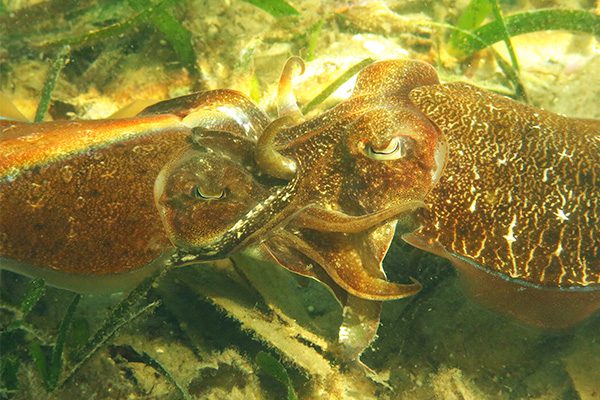 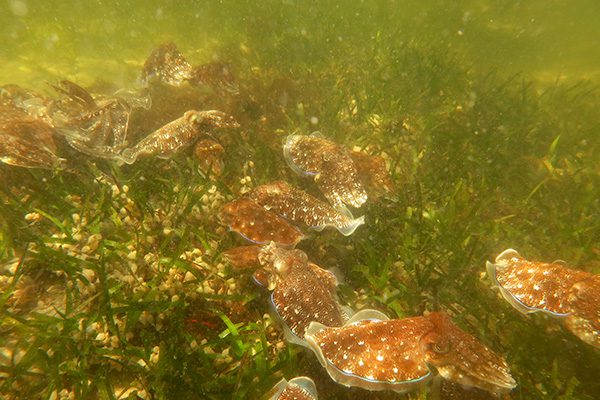 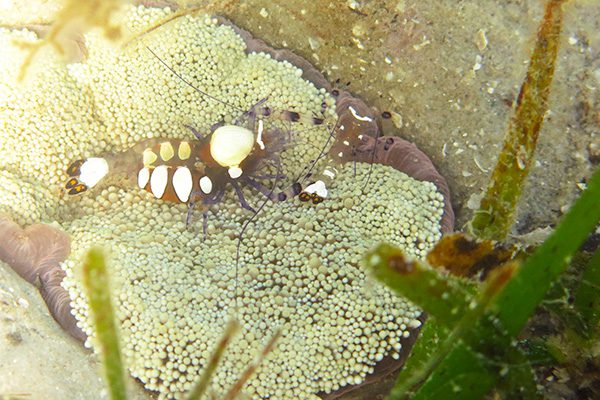